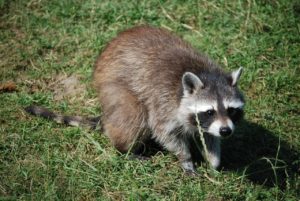 Some stories you have to look for. Others can be found simply by paying attention. But once in a while you can find a story like I found while sitting across a broad, round table with a cotton tablecloth that fell like a white cotton waterfall.

I fished a micro-recorder from my jeans, set it on the lazy Susan, and gave it a good shove to overcome first inertia and then friction, to position it where it needed to be.

My estimate was proven to be right on target as the lazy Susan traveled past Buns, then Theresa, and stopped directly in front of Kent Shillings. Kent eye-balled the small recorder, took a deep, head-clearing breath, and then launched into his story to be presented as evidence that even our most laudable virtues can become liabilities when carried to extreme. (Of course, there is a business application for this story and if you are sharp, I won’t have to point it out for you!)

Shillings leaned forward, expecting us to follow his lead and bow carefully to an imagined campfire. And we did. (In addition to being a successful home-builder, Kent is a volunteer firefighter, a well known rattlesnake hunter, and as you are about to discover, a world-class storyteller.) Shillings of Goldthwaite, Texas takes it from here:

“I used to teach shooting sports. And there are two key truths to keeping the sport safe:  Use the right equipment and use the equipment right.

Two of my students came from a single parent household and their momma, like most country people, was independent as all get out! Well, one afternoon she happened to look out the window and saw a coon walking toward the house. Not a little funny-faced one but a big, aggressive, probably-weighed-sixty-pounds raccoon.

“Now this woman was one of those slow moving people that you imagine are thinking even slower than they are moving. That’s what you would imagine but at least in this case…you would be wrong. She knew she had to kill the coon before it started terrorizing the farm animals or fighting with the dogs. In the country there is always a gun or two within easy reach, usually a .22 for things such as coons, a shotgun for dusting varmints like snakes, and undoubtedly a handgun or two not far away. She grabbed the .22, fired once, and the coon was no longer.

“Knowing that coons can carry rabies, even a dead coon presents a big problem. Out in the barn she grabbed the first tool she saw, a post hole digger and began the hard work of digging a grave. Shallow was the best she could do since in the craggy landscape of Mills County, Texas, the soil is thin and rocky. The finished product was narrow with straight sides, more shaft than grave.

“Realizing the coon would likely be exhumed by her curious dogs she put away her tool and searched the barn for a can of diesel. The low volatility of diesel makes it the perfect starter fuel for burning hay fields in the spring or lighting giant piles of cleared cedar any day when the weather is wet.

“Unfortunately the diesel cans were all empty. However, there was a can of gasoline. To make certain the coon would be thoroughly incinerated she filled the bottom of the shallow shaft with an inch or two of gas.  Fumes lingered in the still, summer air.

Certain that warning labels apply only to ‘the other guy’, she thoroughly soaked the coon and stuffed him feet first into the too-small shaft in preparation for a warm send off to wherever it is that dead coons go.

“It may be true that under normal circumstances dead coons go to coon heaven. But God apparently makes other plans for coons in Texas that have been shot and then soaked in highly volatile fluid. Those coons go someplace special, someplace unexpected. And they go there surprisingly quick!

“She turned her head, struck the match, and tossed it behind her back toward the coon’s waiting corpse. The flaming match never made it into the grave. Instead the gasoline fumes hovering close to the ground ignited with such considerable force that it blew the now flaming corpse skyward. Like a mortar it soared in a high arch marked by a trail of thick, black, oily smoke.

If momma had ever wondered where coons go when they die, she would wonder no more. She followed the flaming ball of fur and suddenly became privy to one of nature’s best kept secrets which I will share with you now: Coon Heaven apparently is — on the roof!”

I won’t tell you about the fire that followed. Use your imagination.

Not using the right ingredients in your customer service can make it blow up!