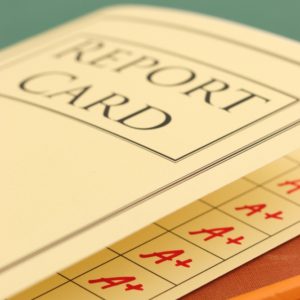 Jeff wears a Wal-Mart vest complete with name-tag on the front and a box cutter in the right side pocket. His wife, Melissa, writes in neat, feminine cursive remembered from grade school. Their daughter Cassandra gets good grades as attested by the report card found in the console of their Suburban. I know because I helped steal their Suburban last night.

Well, we didn’t exactly steal it. It was more a matter of stealing it back.

The legal owner of the aging Suburban is my long time buddy, Lonnie who makes a fair living selling used cars to folks who would be walking were it not for rip-off, second chance financing. Most of Lonnie’s customers are basically good people. They have families to support and they work hard. Many are just a mini-disaster away from living on the street. Some, no doubt are living in the car they financed through Lonnie.

Jeff hadn’t made a payment since he drove the aging Suburban from tiny Mission, Texas where everyone knows nearly everyone to not so tiny Las Vegas, Nevada where, in the words of the illiterate who come for jobs and dreams, “nobody knows no one.”

Jeff, like so many young and foolish Millennials, had swapped the tires and rims native to the aging Chevy for fancy rims and a set of well-used low profile tires considered cool.  The springs had been cut short, the shocks replaced and now the old gray boat sails low to the ground looking squat and slow. A stereo had been added and the windows tinted, all while the important things like making the payments were neglected.

My friend Lonnie had sold and repossessed the Suburban three times in the past three years, each to a different customer. He had even nicknamed the aging Suburban “the -tank.”

Lonnie had hitched a ride in our airplane when a speaking engagement took me to Las Vegas. And there we were, two late middle-aged guys juggling drug store reading glasses in an attempt to find Sabroso Street. A few minutes earlier we had been cruising Wal-Mart in hopes of finding Jeff on duty in the garden department while the low gray tank waited for us in the parking lot.

But there was no tank. Our 95% chance of getting lucky was quickly turning to a 100% chance of no luck at all.

It wasn’t until we turned past Sierra Ridge, rolled past Cady, and turned down Sabroso that we spotted the tank in the quickly fading desert sunlight.

I drove past the tank slow enough for Lonnie to be sure but not so slow as to attract attention. On the second pass I stopped short and Lonnie hopped out. While I waited, he walked up the street.

Lonnie looked out of place, even to me.  Lonnie had only a fringe of white hair and was moving on foot at dusk through a neighborhood of mostly young families.

A door opened and a young man trotted out and got into a car parked just across from the tank. Another man stepped from the shadows, garden hose in hand, and took up what must be a desert summer ritual. Jeff, much to our unhappy surprise, also opened his door and stepped into his tiny side yard.

Lonnie quickly crossed the street, turned back to the north and then crossed again before slipping into the back seat of our rental car.

And later we did indeed try again. The neighborhood was sleeping, or at least dozing, when I pulled up alongside the tank. Lonnie stepped into the shadow between the two vehicles. The key fit. The engine cranked and then coughed. The tank sounded like one and for a moment, there was the possibility that the tank would not start but that the neighborhood would. And in an instant we would be contending with an angry and possibly armed Jeff.

But the engine did start and Lonnie shifted into drive before the engine warmed, before he located the headlight switch, before Jeff could know that the tank and the Wal-Mart uniform, the baby seat, and little Cassandra’s report card were all gone.

No doubt Jeff meant to make the payments but there were bills to pay that were owed to closer faces. Someday he knew he would make good on the payments or, maybe not.  Maybe the owner would forget. Someday seemed long in coming and what if the owner grew impatient instead of forgetful?

We slipped into the night triumphant but unsure. Certain we had the vehicle and certain that no matter how the law defines the act, Jeff is a thief. But we were also certain that Jeff would have a tough time getting to work, that Melissa would be angry at him. She would question his position as head of the family and certain that the baby would need the car seat we had taken along with the Suburban.

In the morning we would leave the seat and the Wal-Mart vest with the nice lady in the Garden department. We would slip a five-dollar bill in little Cassandra’s report card along with a note to “keep up the good work”, and said an unspoken prayer that a family would heal, even as the faded gray tank sailed back across the desert to Texas.

Don’t neglect the customer service part of your business.