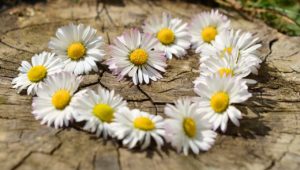 Guess what I found? It’s an old fashioned box camera. I also bought a new camera and the specs on it are absolutely killer. Which of the two cameras do you think take the best picture? Which of the two cameras take the best photograph? All right that was unfair. Me asking you this way is really is a trick question because a picture and a photograph are two entirely different things.

Similarly, it’s like the difference between customer service and hospitality.  Anyone can follow the rules, manage by the numbers and give acceptable customer service.  But hospitality is an experience, it’s what we call positively outrageous service, it comes straight from the heart.

When I planned to buy a new digital camera I called around and found three stores that had the camera I wanted in stock. Funny thing is, they all sold it for exactly the same price.  I asked the people at the store with friendliest sounding clerks to hold a camera for me and that I would be there in about 15 minutes.

When I arrived, a young woman was waiting for me.  In addition to my camera she was holding a memory card.  She explained that the camera did not come with one but that she had one that was on sale.  That’s exceptional customer service.  That’s positively outrageous service.  That’s the kind of service that will bring me back to the store even if the price turns out to be a little bit higher.

How are you creating hospitality from the heart? An exceptional customer experience that’s positively outrageous!