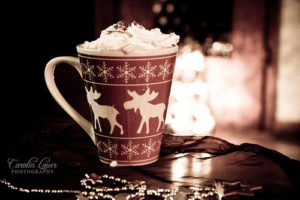 It’s never too cold for cheerleaders although God forbid the team has a great season and the schedule drags their frozen legs all the way into December. Cheerleaders aren’t supposed to look sexy but who would want to watch cheerleaders in sweatpants? Besides, it’s mom’s job to remind the girls to dress in layers that can be quickly peeled in the event someone dares to interrupt the desperate sideline shivering and scores. No doubt cheerleader moms all over town reminded their daughters a dozen times that it would be colder down on the field just as a few dads had questioned the need for quite so much make-up saying, “Ease up on the eye goo you’re beginning to look like a Panda.”

In our school the drill team was little more than a traveling make-up case. The squad was named after the Shawnees a band of not-so-bad Indians that once roamed the rolling hills of central Ohio. The Shawnee were not fearsome hunter- warriors they were farmers who lived in log cabins. The history wasn’t nearly as important as the excuse to dress the ladies of the drill team like indian maidens complete with a single red feather held in place with a matching beaded head band. And oh yes, the usual white go-go boots made so popular by indian princesses.

Authentic or not the Shawnees were fun to watch. Any time the temperature was predicted below freezing my parents would show up with hot chocolate for all.

Buns and I both attended high schools in Ohio. Those days seemed far different from this day as we stood on the tarmac at Denver’s Centennial Airport watching the ground crew tuck our little airplane snuggly in the hangar for the night.

We were ahead of our self-imposed schedule and decided to spend it playing tourist and maybe pick up a few gifts for Christmas at Larimer Square where much to our delight a high school band was entertaining a sparse crowd. The crowd seemed to take on a life of its own. When the band stopped playing listeners would give in to the frigid temperature and drift out of the scene and new members would add themselves to the winter tableau giving the slow motion impression that the crowd was breathing.

My clarinet fingers were freezing. The former cheerleader standing close to me shivered.

“do you know what is missing from this picture.”

“I certainly do. Do you think it will be alright?”

“If I asked you to make a lot of hot chocolate could you do it?”

Is that how many kids are in the band?

The band director was in earlier but we didn’t have anything that they could afford on their budget.”

“I would like you to bring out enough hot chocolate for the whole band. But there is one condition. You must not tell anyone who picked up the tab.”

Nearly one hundred young musicians crowded into the small coffee shop. They stomped their freezing feet in an attempt to restore the circulation and a least a modicum of warmth. The budget starved band director gathered his kids close and explained the hot chocolate was a thank-you gift from unknown music lovers.

Sir! Yelled a voice from somewhere in the crowd of budding muscicians. Let’s play one more just for them.

Those were the memories we were recounting as we dried off from our evening dip in the hot tub. I started to ruin the moment by complaining that we no longer live quite that high on the hog when Buns saved the evening by one more sip of hot choclate.

Do you remember when we used to make hot chocolate for the grand kids…The Princess and Big Guy and serve them a plate of home made cookies while we rode through towm looking at Christmas decorations before we ended with a walk around the courthouse. It onlt cost a bit og hot chocolate anad a youcj of imagination.

What goes around comes around. It is better to give than to receive. Merry Christmas!